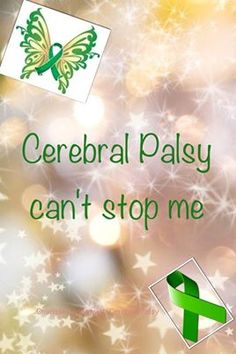 When I first received the news about Super Mighty Max’s Cerebral Palsy diagnosis, it shook me to my core. While I was expecting it, I wasn’t expecting him to be diagnosed on that day, so for me, it was a shocking surprise. So, immediately I reached out to my brother-friend in Providence, RI who’s a pediatric resident at Brown University hospital.

If I’m honest, I was expecting him to have pity on my wife and I, to empathize with us, but he didn’t. Instead, he empowered me to not allow Super Mighty Max’s SITUATION DETERMINE HIS DESTINATION. He did this by sending me a website called Disabled World, which includes the stories of famous folks with disabilities. He did this not to say that Super Mighty Max was going to be famous one day, but to let me know, life is not over for Super Mighty Max, he can still have a great quality of life!

As parents of our super, mighty, and blessed children, we need to always remember, that our children have a lot of promise and potential, despite their special need or disability.

In closing, I’ll leave you with a few people who’ve been diagnosed with Cerebral Palsy, who’ve made their lives count.